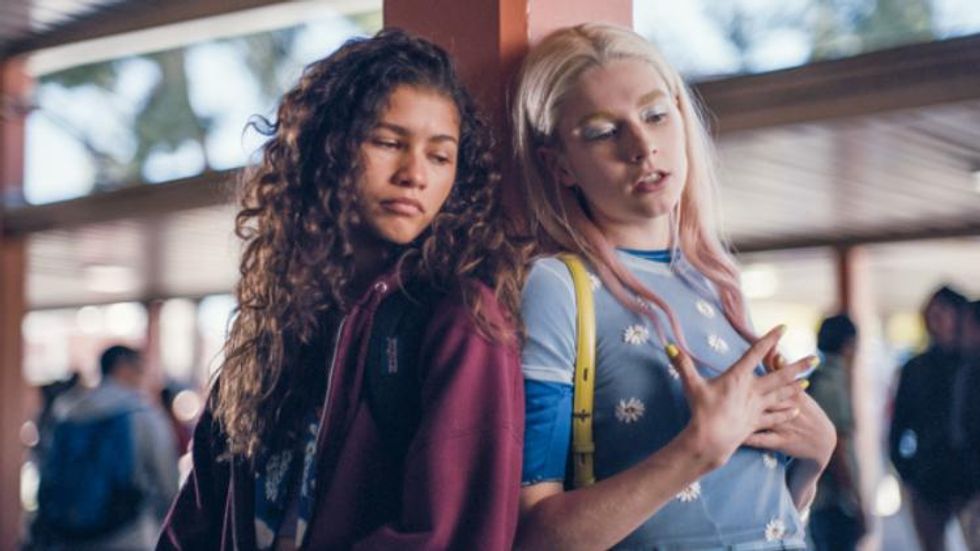 The world is getting blessed with another season of Zendaya's trans-inclusive series.

For those not tuned in, Euphoria follows the lives of a group of teenagers navigating the trials, tribulations, and drama of high school. The show has been praised for not shying away from many difficult but real-life issues many teens face (like drug addicition, the perils of online dating, and tumultuous relationships) and stars a diverse cast, the likes of which includes trans actress Hunter Schafer.

The news of the show's renewal is exciting for many, and Zendaya herself even took to Twitter to share the good news.

So far, the gorgeous series has been resonating with audiences far and wide, so we can't wait to see what the future has in store for Zendaya and Hunter! (We're hoping an Emmy is in the cards!!!)

Season 1 of Euphoria is currently airing Sunday nights on HBO. Watch the trailer below, and catch up on the series here.

New Music Friday: Songs You Should Listen to This Weekend (Sep. 30)

Dwyane Wade Explains Why He Blocks Comments on Daughter's Instagram

Paramore's Zac Farro Speaks Out on Brother's Prior Homophobic Remarks

Bros May Not Break The Mold, But You Should Still See It Anyway

Is Kit Connor Queerbaiting? This Youtuber Breaks Down The Controversy

Timotheé Chalamet Reunites With CMBYN Director for Bones & All